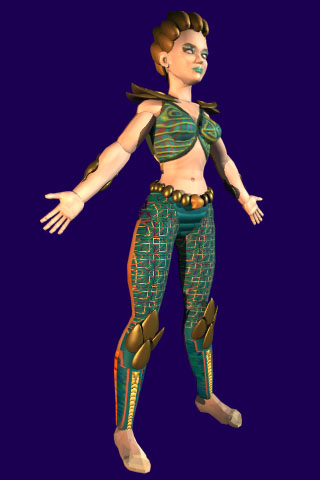 I made the segmented female figure mesh from scratch in 3D Studio MAX, originally for a character that would have been used in Invictus if I had stayed with that project. So instead I made an alternate "skin" for her and imagine her has a denizen of a futuristic Asteroid Belt culture. There are still some unfinished parts, which I may or may not get around to dealing with. Geometry is copyright Interplay Entertainment Corp., texturing is copyright Scott Bieser.