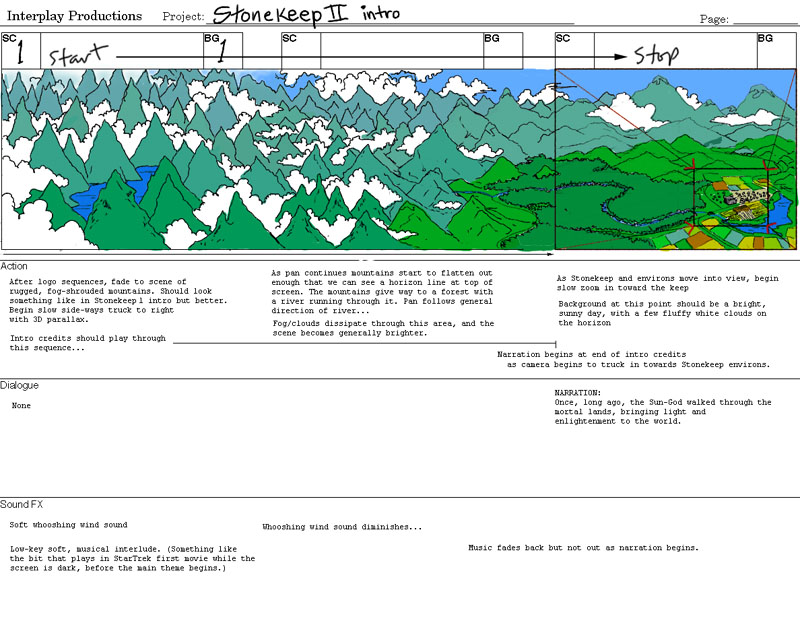 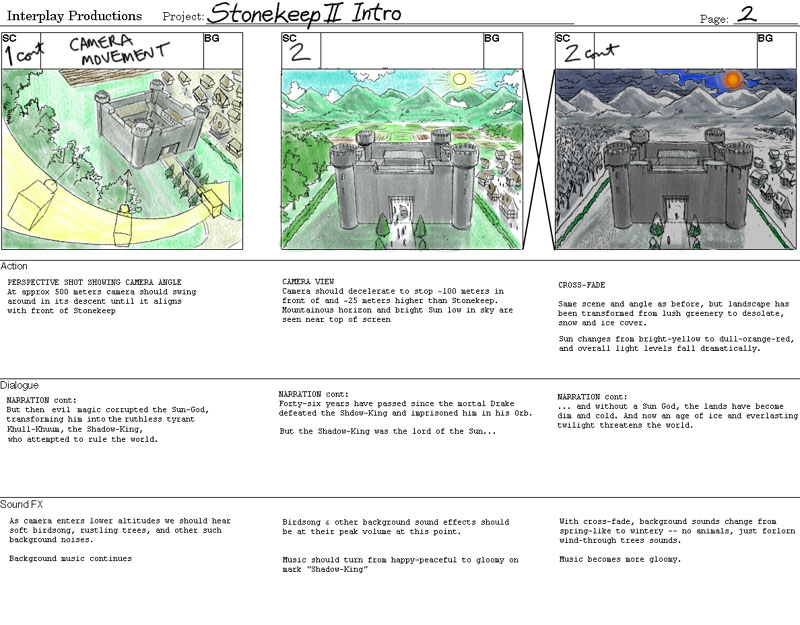 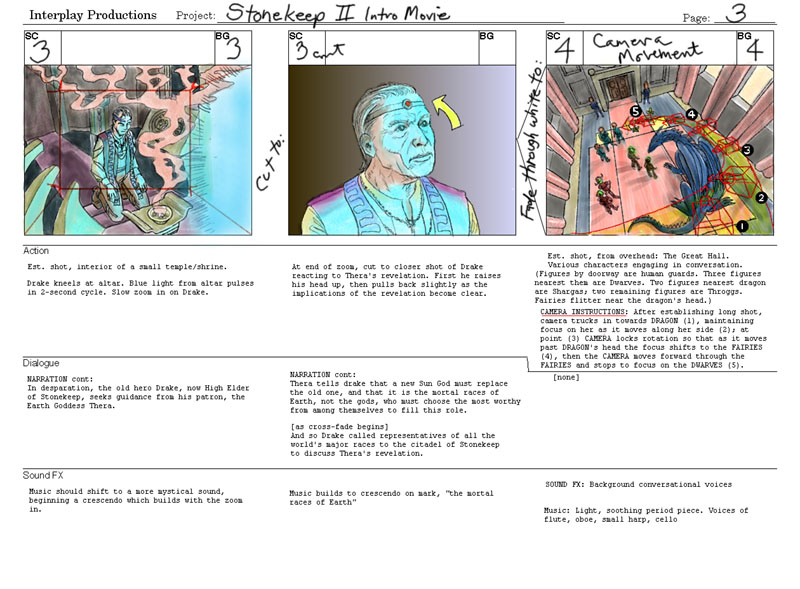 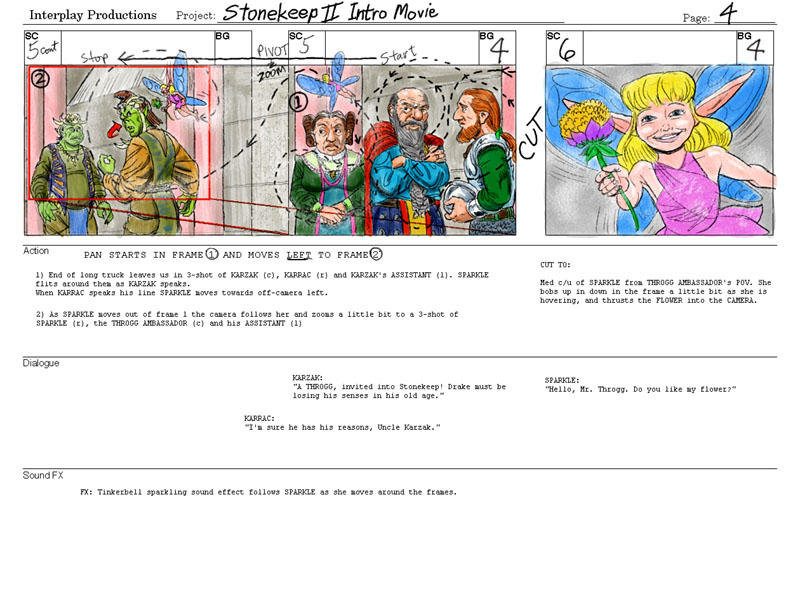 First segment of a 46-page storyboard set for a proposed intro movie for the Stonekeep 2 RPG. Not long after these were made, Interplay was reorganized and I was moved to different projects. The new project team has re-written most of the game design (including the intro movie) and the game is still in production. On pages 2 and 3 I made the camera an object in the field and noted its movement -- of course this is not usual storyboarding convention, but the unusual freedom of camera movment afforded by 3D technology, I think, calls for breaking some conventions.